Spending long periods of time in front of the computer is never good for our eyes. One of the most common illnesses is computer vision syndrome, which is characterized by itching, dry eyes, and blurred vision, among other symptoms. By limiting blue light exposure, gaming glasses can help to alleviate these symptoms.

In this blog post, we attempted to highlight the effectiveness of these protective gamer glasses. We also focused on the pain and diseases that can be avoided, such as macular degeneration, which can cause vision loss. Finally, we’ve provided a few simple criteria to assist you in selecting the best gaming glasses for you.

Topics Covered In This Article

What is the source of the blue light? In a variety of locations! Blue light is naturally emitted by the sun’s rays and artificially emitted by digital devices such as smartphones, televisions, and tablets. LED light sources, which emit a much higher proportion of blue light than other natural sources, are among those electronic technologies.

Natural blue light has a number of health benefits, including the ability to regulate sleep and wakefulness cycles (circadian rhythm), as well as improved mental agility and memory. Overexposure to artificial blue light, on the other hand, poses a health risk due to the widespread use of digital devices. The following are some of the negative effects of this overexposure:

How much are blue light glasses?

The less expensive gaming glasses are, the less effective they are at filtering screen blue light. In the lowest-cost models, protection may be almost non-existent, so we don’t recommend scrimping too much on your protective glasses.

Depending on the quality, material, and features, these blue light gaming glasses could cost anywhere from $20 to $200. A decent and affordable blue light glasses may cost around 50$-60$.

Why wear screen glasses? / How do blue light glasses work?

Screens are an essential part of our daily lives. Our eyes are constantly exposed to screens throughout the day, whether it’s in front of the TV, on our smartphones and tablets, or on our computers. Today’s life circumstances make it almost impossible to get rid of them. Screens have become indispensable in the workplace, for entertainment, and for communication.

According to a recent study in the United States, an average American spends 11 hours per day in front of a screen. Addiction could occur as a result of such extensive screen time. The rise of social networks, as well as increasingly realistic video games and extremely entertaining shows, are the primary causes of this addiction.

The participatory and interactive element of many platforms (video games and social networks) also encourages us to stay glued to our screens at all times.

However, you should be aware that this exposure is not without risk. LED technology, which now makes up a large portion of screens, has increased these risks. Indeed, a screen that generates a lot more colors emits a lot more radiation. In the short and medium-term, a high level of exposure can have negative consequences for our bodies.

These symptoms can range from sleep disorders to eye strain to more serious issues like cognitive impairment in young children or a significant increase in the risk of degenerative mental disorders like Alzheimer’s.

Why wear anti-blue light and anti-eye fatigue glasses? / How does blue light affect you?

Blue light is one of the most damaging types of radiation emitted by screens. This is the blue end of the light spectrum. This light can be discovered in any light source and is useful to the body’s circadian cycle (recognition of day and night). However, when the body receives it in large quantities and for long periods of time, it can be very hazardous.

When one spends a long time in front of a screen, the eyes are the first to be affected by the radiation. After all, this light is the leading cause of eye fatigue. The first symptom of too much blue light exposure is red eyes.

Light has been proven in multiple studies to be one of the leading causes of eye strain today. This fatigue is evidenced by the redness and dryness of the eyes. If left unchecked, these effects may worsen, resulting in short-term sleep problems. Long-term effects include poor eyesight and concentration, as well as an increased risk of eye diseases such as cataracts.

best computer glasses for eye strain are one of the most effective ways to protect our eyes from the harmful effects of blue light.

When you’re in front of a screen, these gaming glasses are designed to reduce blue light to some extent (television, computer, smartphones, etc.). They do, in fact, have special lenses that limit this radiation, which means our eyes are better protected. These glasses are especially important when we have to spend long periods of time in front of a screen, as we do at work.

These glasses are also appropriate for gamers who are likely to spend hours in front of screens due to the addictive nature of video games. Although most anti-blue light glasses are intended for the general public, they are dedicated to some models.

What are the pros and cons of wearing glasses?

Wearing screen glasses has become a necessity for some people. It is true that taking care of your eyes and avoiding the harmful effects of blue light on the body is simple. Wearing these types of glasses has numerous advantages. However, there are some drawbacks to be aware of if you decide to use them.

The main advantage of wearing screen glasses is that it protects your eyes. Blue light is filtered at a minimum of 30% by the glasses available on the market. The highest-performing models can lessen radiation by up to 70% to 100%.

As a result, even if you spend more time in front of a screen, eye protection is still highly suggested. With this protection, the above-mentioned negative effects can be effectively avoided.

Screen glasses are also popular due to their versatility. They can, admittedly, be worn as sunglasses due to their similar designs to regular glasses. UV filtration and blue light generated by the sun are included in the glasses.

In fact, some screen glasses models can include corrective lenses and thus function as eyeglasses. The user will be able to use three glasses in a single model.

Furthermore, screen glasses are accessible to the general public due to their affordable prices and ease of use, which does not necessitate a prescription. As a result, anyone who has signs of eye fatigue can use them without having to see an optician.

Even if a doctor’s prescription isn’t required for the use of screen glasses, you should be aware that there are some rules to follow when wearing them. If you wear glasses at an inopportune time or for an insufficient amount of time, you may experience the dangers of disrupted sleep cycles.

The significance of blue light for the body should not be ignored. As a result of the underexposure, the sleep cycle would be disrupted, as the body would no longer be able to distinguish between day and night.

Glasses are not suitable for people who do not feel comfortable wearing these types of devices. Anti-blue light contact lenses are relatively uncommon at the moment. Glasses can be a challenge for many people who are unfamiliar with them.

Who are screen glasses suitable for?

In general, everyone can benefit from wearing screen glasses. Kids can start wearing these glasses at a young age to protect their eyes from screen radiation. Furthermore, they are more sensitive than adults, and the risk of harming their bodies, particularly their brains, is greater. They can also be adept at wearing computer glasses.

Gamers also spend a lot more time in front of their screens. However, it should be noted that this is not good for your health and that wearing screen glasses alone will not protect you from the harmful effects of blue light.

Individuals with vision problems can also benefit from blue-light-blocking glasses. However, in this case, an optician’s recommendation will be suitable. Corrective lenses may not be compatible with this style of eyewear. In this case, the optician will be able to suggest the most appropriate model in order to avoid unexpected effects.

You may also be aware that simple everyday activities can help you avoid or reduce the risk of visual fatigue if you are forced to spend a lot of time in front of a screen. These activities do not necessitate a lot of effort, but they do allow you to care for your eyes in the short and long term.

Sleep is essential for the overall health of our eyes and bodies. As a result, even when our bodies are forced to put in a lot of effort during the day, it is critical to maintaining a minimum amount of daily sleep if we want to stay fit. Even though the ideal period is to get at least 8 hours of sleep per day, this lowest possible period is set at 5 to 6 hours of sleep per day on average.

Adjust the brightness of your screens:

The amount of blue light generated by your screens varies depending on their brightness. The blue light will be stronger the more they are illuminated. As a result, if you want to reduce your exposure to this radiation, you should use the proper brightness. Nowadays, all screens have the option of adjusting the brightness (computer, phone, or computer).

There are also applications for controlling the screen based on the lighting of the environment in which it is located. These apps will assist you in determining the appropriate day and night lighting levels.

Consumption of certain foods can also help to prevent visual fatigue. The best way is to eat a healthy diet, which means including at least 5 fruits and vegetables in your daily routine. Some vitamin A-rich foods also have a positive impact on eye health. This nutrient is mostly found in eggs and dairy products, as well as fruits and yellow vegetables.

Vitamins C and E, as well as zinc, are extremely beneficial to the eyes. So, if you want to avoid eye fatigue, eat these foods.

Wearing screen glasses should follow certain rules if you want to get the most out of them. The first rule to remember is that you should not wear them all day. The eye necessitates blue light in order for our circadian cycle to remain stable.

When your eyes are tired or in the late afternoon, wear your glasses. Also, put them on one to three hours before you plan on going to bed.

If you have to sit in front of your computer for an extended period of time, take frequent breaks to keep your eyes from becoming exhausted. These breaks should ideally be spaced out by one hour. Don’t forget to blink more frequently during exposure. This actually promotes lubrication, which prevents them from drying out. Remember to keep your screen as far away from your eyes as possible. The seriousness of blue light will be reduced by this.

Screen glasses are high-tech devices that safeguard our eyes by revealing them to blue light from screens on a continual basis. This simple and affordable solution allows us to avoid the negative effects of this radiation, which we can no longer prevent because screens have become too important in our daily lives. 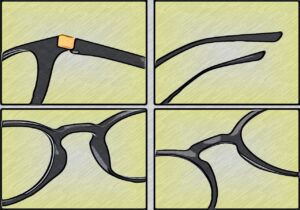 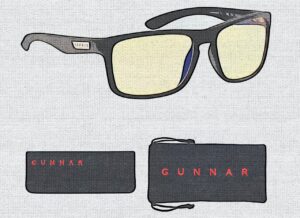 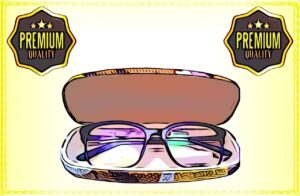 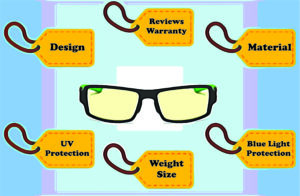 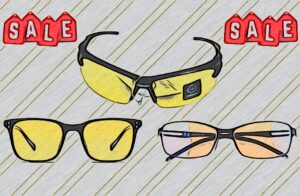 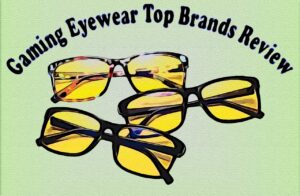 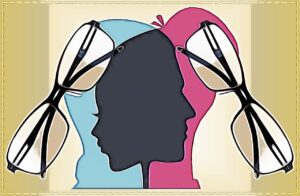 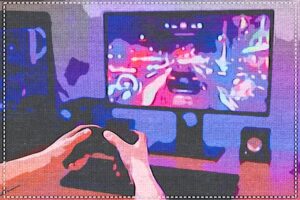 The Advantages of Video Gaming Goggles 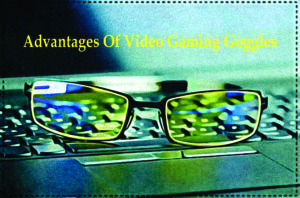 What do gaming glasses do? – Blog